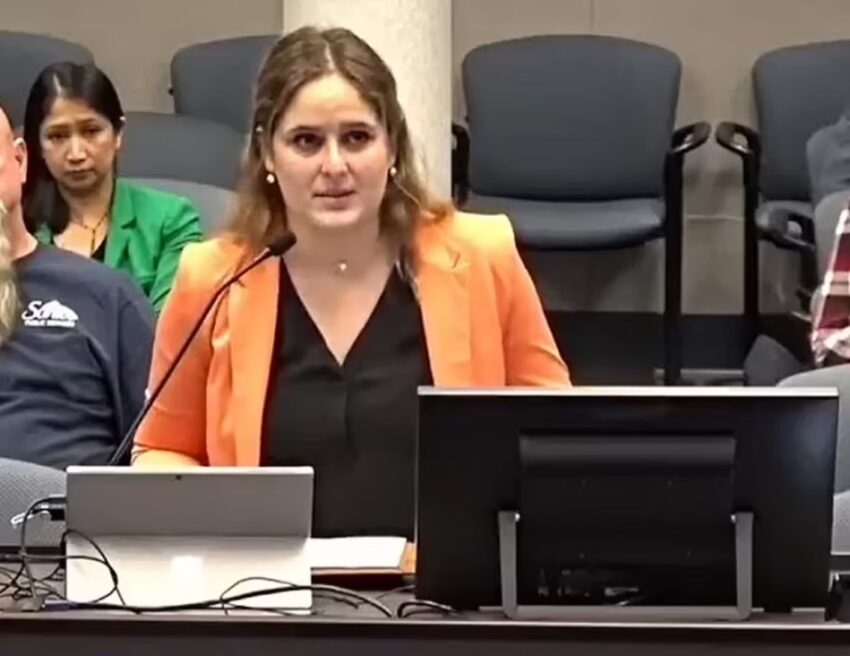 A Californian teenager broke down in tears before the city council as she shared her distressing experience of encountering a transgender woman inside the women’s changing rooms at her local YMCA.

Rebecca Philips, 17, addressed the meeting in Santee, a city suburb of San Diego, on Wednesday night to demand reform to the existing policy after the traumatic incident. She told the council members how, two weeks ago, she was getting changed after swimming at the Santee YMCA when she saw a transgender woman naked in the changing rooms.

“As I was showering after my workout I saw a naked male in the women’s locker room,” she said, her voice quivering with emotion. “I immediately went back into the shower, terrified, and hid behind their flimsy excuse for a curtain until he was gone.”

Philips, who went on to discuss the area’s transgender policies, said she was haunted by the thought of her five-year-old sister, who she brings to the gym in the summer, encountering the same situation. “This is the YMCA, where hundreds of children spend their summer afternoons in child care camps,” she said. “This is the YMCA where my little sister took gymnastics lessons. The locker room was supposed to be her safe haven to gossip with her friends, and shower and change.”

She said that the staff at the YMCA told her the trans woman was perfectly entitled to be in the changing rooms, and that only those on the sex offender’s registry were banned from entering. Women’s facilities – changing rooms, shelters, prisons – can be used by anyone in California thanks to a state law that says people must be allowed to use facilities that align with their gender identity.

In May 2022, three Democrat supervisors for San Diego County decided to redefine the word ‘woman’ to include trans people. Nathan Fletcher, Terra Lawson-Remer and Nora Vargas all approved the measure. The two Republicans serving as supervisors voted against the bill.

Philips said that the YMCA management, asked about their transgender policy, told her ‘the man I saw was indeed allowed to shower wherever he pleased’.

The incident at the Santee YMCA has brought to light the ongoing debate and challenges surrounding transgender policies in public spaces. While some argue that these policies should be inclusive and respectful of all individuals, others argue that the safety and privacy of cisgender individuals should also be taken into consideration. This situation highlights the need for open and constructive dialogue to find a solution that balances the rights and needs of all individuals. The YMCA has stated that they are reviewing their procedures and working towards finding a solution that ensures the comfort and safety of all members.